To have the optimal experience while using this site, you will need to update your browser. You may want to try one of the following alternatives:

PPE should be worn during cleanup of animal droppings 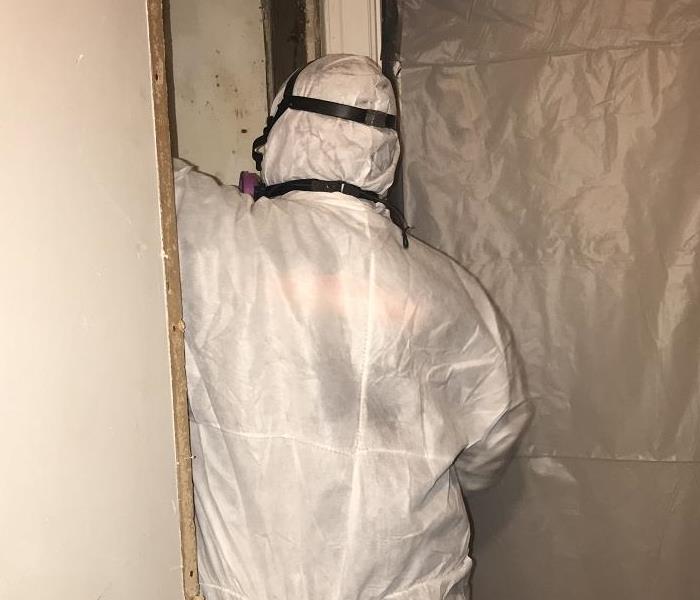 Histoplasmosis is an infection caused by breathing in spores of a fungus often found in bird and bat droppings. Histoplasmosis is most commonly transmitted when these spores become airborne, often during cleanup or demolition projects.

Soil contaminated by bird or bat droppings also can transmit histoplasmosis, so farmers and landscapers are at a higher risk of contracting the disease. In the United States, histoplasmosis commonly occurs in the Mississippi and Ohio river valleys, though it can occur in other areas, too.

Most people with histoplasmosis never develop symptoms and aren't aware they're infected. But for some people — primarily infants and those with compromised immune systems — histoplasmosis can be serious. Effective treatments are available for even the most severe forms of histoplasmosis.

Several types of histoplasmosis exist. The mildest form produces no signs or symptoms, but severe infections can be life-threatening. When signs and symptoms do occur, they usually appear three to 17 days after exposure and may include:

In some people, histoplasmosis can also produce joint pain and a rash. People who have an underlying lung disease, such as emphysema, may develop a chronic form of histoplasmosis.

When to see a doctor

Contact your doctor if you develop flu-like symptoms after being exposed to bird or bat droppings — especially if you have a weakened immune system.

Request an Appointment at Mayo Clinic

Histoplasmosis is caused by the reproductive cells (spores) of the fungus Histoplasma capsulatum. The spores are extremely light and float into the air when dirt or other contaminated material is disturbed.

Even if you've had histoplasmosis in the past, you can still get the infection again. However, if you contract histoplasmosis again, the illness will likely be milder than the initial infection.

The histoplasmosis fungus thrives in damp soil that's rich in organic material, especially the droppings from birds and bats. For that reason, it's particularly common in chicken and pigeon coops, old barns, caves and parks. Histoplasmosis isn't contagious, so it can't be spread from person to person.

The chances of developing histoplasmosis symptoms increase with the number of spores you inhale. Professions with a higher likelihood of spore exposure include:

Most at risk of severe infection

Children younger than age 2 and adults age 55 and older have weaker immune systems, so they're more likely to develop disseminated histoplasmosis — the most serious form of the disease. Other factors that can weaken your immune system include:

Histoplasmosis can cause a number of serious complications, even in otherwise healthy people. For infants, older adults and people with compromised immune systems, the potential problems are often life-threatening. Complications can include:

It's difficult to prevent exposure to the fungus that causes histoplasmosis, especially in areas where the disease is widespread. Even so, these steps may help reduce the risk of infection:

How to get rid of mice

Mice Droppings in your home

Mice can be cute and some people – especially children – like to keep one or two as pets. But when mice invade a home uninvited, they are anything but cute!

There’s good reason to evict them as soon as possible. Mice can be dangerous to your health, as they can carry several diseases and transmit them via their urine and feces. Well, not to mention the extensive damage they can do with their sharp teeth.

Being rapid reproducers, their population can grow quickly and soon you will find the tiny animals running here, there and everywhere.

To control a mice infestation, some prefer to just hand the problem off to a pest control professional. But that can be an expensive affair that doesn’t fit into everyone’s budget. Plus, they may use chemical-based products that could introduce toxins into your home.

To show the exit door to these disease-carrying rodents, there are many simple and easy tips that you can try on your own.

Here are the top 10 ways to get rid of mice.

Mice enter your home in search of food, and they will stay around as long as food is available. Hence, depriving them of food is one logical way to deal with the uninvited guests.

Another effective way to control the growth of rodents in your house is by sealing off all the small openings and cracks in your home. This way they will not be able to enter your house.

Humane or live mouse traps are one of the best ways to catch roaming mice in your premises. These traps catch and hold live mice, and they are not as inhumane as snap traps and glue traps that kill the mice.

4. Push Them Away with Peppermint Oil

You can use peppermint oil to get rid of mice. Mice are very sensitive to smells, and they find the smell of peppermint oil very overwhelming and offensive.

Cayenne pepper works as a great non-poisonous solution to deter pests like mice, squirrels, ants and other bugs. This is because most pests do not like its strong smell.

Mice fear cats because they are their natural predators. The smell of kitty litter is enough to drive the mice away.

If you have a cat, then your work is half done. Cats or other predatory pets can help chase rodents out of your house. In fact, terrier dog breeds are often trained for pest control.

8. Discourage Them with Eucalyptus

9. Get an Ultrasonic Repellent Machine

Ultrasonic repellent machines are also an effective method to get rid of rodents. These machines send out small beeps that not only annoy but also scare off mice. These beeps cannot be heard by humans.

Keeping your house clean will not make it mouse-proof, but a messy house will attract them and permit them to thrive in greater numbers. Hence, a clean house is a small but important step toward your effort to show the rodents the door.

After the mice have been controlled, please call SERVPRO of Cambridge/Belmont (617) 864-7378 to assist you with the clean up. Our specially trained technicians will clean up the hazardous mice droppings.